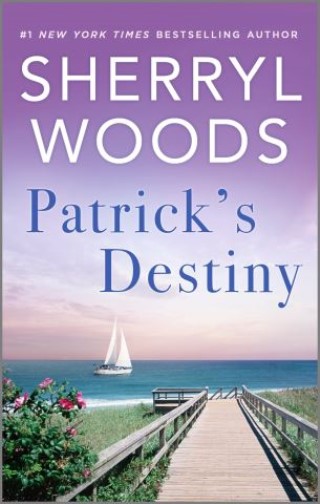 Devastated by the discovery of a terrible family secret, Patrick Devaney has shut out the world. But enchanting kindergarten teacher Alice Newberry sees the hurt in his eyes and is determined to help Patrick find peace. She knows it will take a lesson in love and forgiveness to coax the brooding fisherman out of hiding. Soon, Patrick begins to hope, but before he can truly claim Alice as his own, he has to face the greatest challenge of his life—his past.

Sherryl Woods: With her roots firmly planted in the South, Sherryl Woods has written many of her more than 100 books in that distinctive setting, whether in her home state of Virginia, her adopted state, Florida, or her much-adored South Carolina. Sherryl is best known for her ability to creating endearing small town communities and families. She is the New York Times and USA Today bestselling author of over 75 romances for Silhouette Desire and Special Edition.